call today for a

We are now accepting

applications for a part-time

be available at least

The Stone Jewelers is

The Shoppes at Shadowline

repair on most brands of

(click on this ad to go to our store) 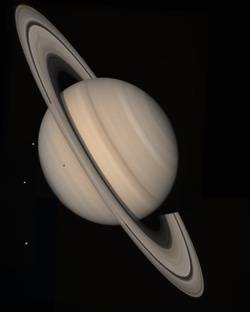 Saturn and its rings (NASA)
June places Mars and Saturn along the arc of the ecliptic during the early evening. Saturn is always a fine view in a small telescope and even the smallest will show some of the rings and perhaps a few of its moons. Saturn has more moons visible in a modest (4-8 inch diameter) telescope that Jupiter but they are fainter. Jupiter is lost in the west now until we catch it in the dawn sky in a few months. 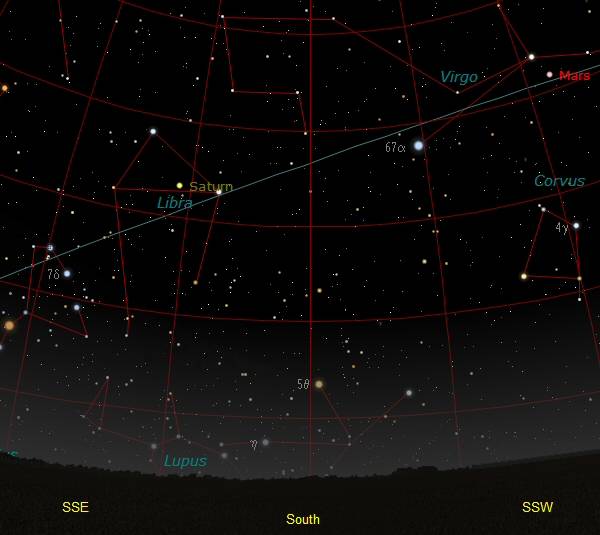 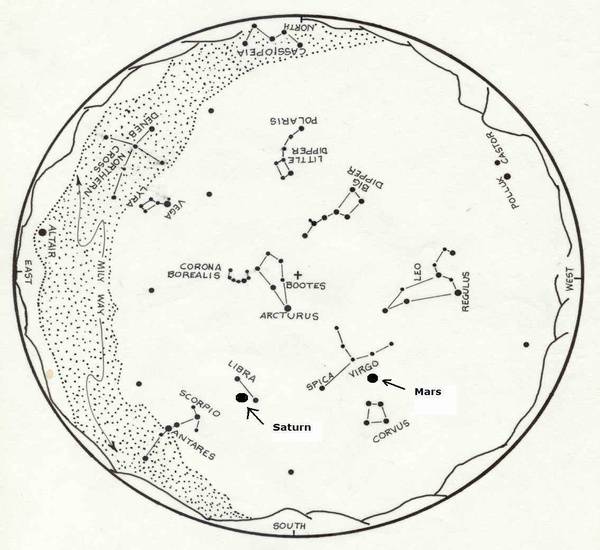